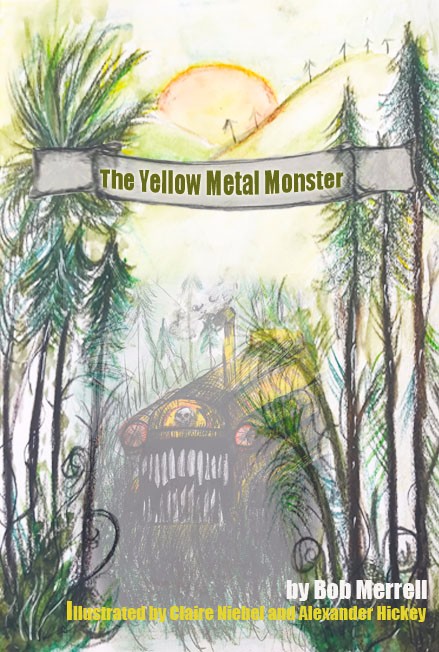 Bob Merrell, Headteacher of Oldfield Brow Primary School and one of the Garhwal English Medium Schools most dedicated supporters has published a childrens story “The Yellow Metal Monster”.

The Yellow Metal Monster’ is told through the eyes of a young girl, Sapna, and centres around the lives of the children and adults living in a small Indian village called Kandikhal.

A few words from Mr Merrell on his reasons for writing The Yellow Metal Monster:

I have a thing about keeping promises (just ask Ameesha!) and over the last couple of years, Sapna and I have written each other stories, it’s become a bit of a habit! When I was there in April 2016, I promised Sapna that I would write another story for her as she had just written me one and given it to me in the Garhwal English Medium School. The problem was what would it be about? Over the next six months I tried to recall the little things that had happened in India when we had been there and the impact it had had upon me.

Firstly, it is a truly beautiful place. Secondly, there seems at times to be a complete disregard for looking after the countryside with the uncontrolled fires and the pollution that belches with every bus that appears in Kempty Falls. Then there was the true poverty I saw in Yamunotri and a bulldozer that I witnessed creating a new road in a very different way than I was used to in the UK. But, most importantly there were the children I knew at the Garhwal English Medium School and how they were trying to look after the school and make a difference to their own lives and their futures. I am constantly amazed how talented the children are and yet the prejudices that exist which mean that they don’t realise their own strengths, talents and abilities. So, those were the ingredients and I tried to combine these feelings, sights, emotions and 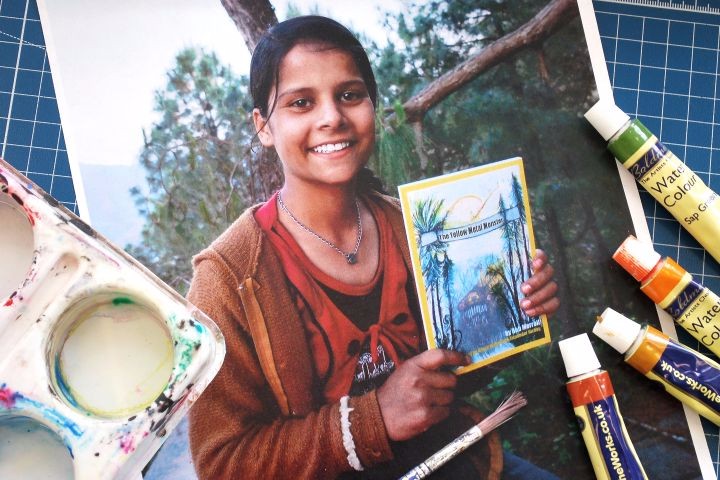 ambitions into something that did them all justice – hence the Yellow Metal Monster.

But I also wanted them to know that I believed in them and that I cared. I hope I have done that. But they are the real judges, maybe you should ask them too?

Mr Merrell has dedicated his book to all the children of Kandikhal as well as the all the children who have attended both Garhwal English Medium School and of Oldfield Brow Primary school. Profits from this book go directly to the Garhwal English Medium School. A huge thankyou to Bob Merrell, Miss Niebel and Alexander Hickey for creating such a wonderful book.

The Yellow Monster is available through Blurb.